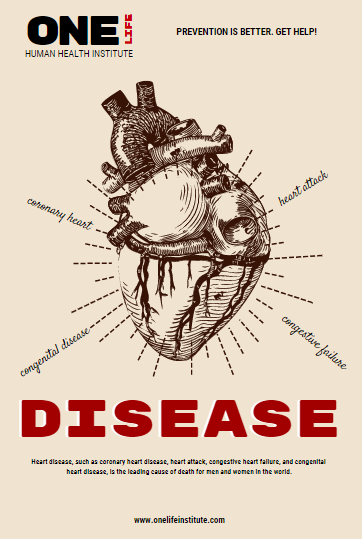 This project is aimed to support ESC guidelines [1] that help health professionals manage people with heart failure (HF) according to the best available evidence. The objective  is not only to develop an accurate survival prediction model but also to discover essential factors for the survival prediction of HF patients.  The complex nature of HF produces a significant amount of information that is too difficult for clinicians to process as it requires simultaneous consideration of multiple factors and their interactions [2,3]. ML/AI techniques can be utilized in this scenario to develop a reliable decision support system to assist clinicians in properly interpreting the patients’ records to make informed decisions [2-5]. 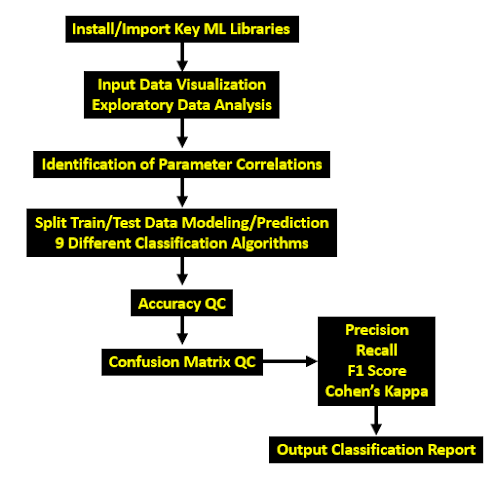 There are some factors that affects Death Event. This dataset contains person’s information like age ,sex , blood pressure, smoke, diabetes,ejection fraction, creatinine phosphokinase, serum_creatinine, serum_sodium, time and we have to predict their DEATH EVENT:

As we can see from the output above, there are a total of 13 features and 1 target variable. Also, there are no missing values so we don’t need to take care of any null values.
The method revealed that the range of each variable is different. The maximum value of age is 77 but for chol it is 564. Thus, feature scaling must be performed on the dataset [6].

Let’s take a look at the plots below. It shows how each feature and label is distributed along different ranges, which further confirms the need for scaling. Next, wherever you see discrete bars, it basically means that each of these is actually a categorical variable. We will need to handle these categorical variables before applying ML. Our target labels have two classes, 0 for no HF and 1 for HF.

Is Age and Sex an indicator for Death Event? 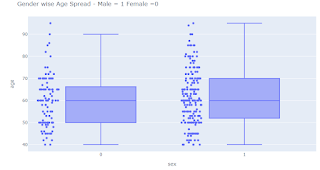 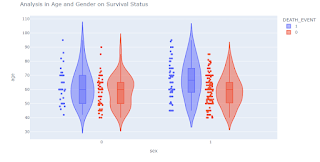 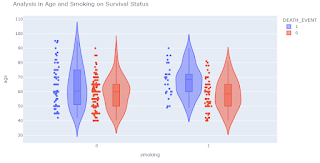 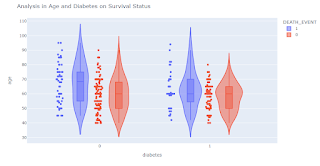 Let’s see the correlation matrix of features and try to analyse it. 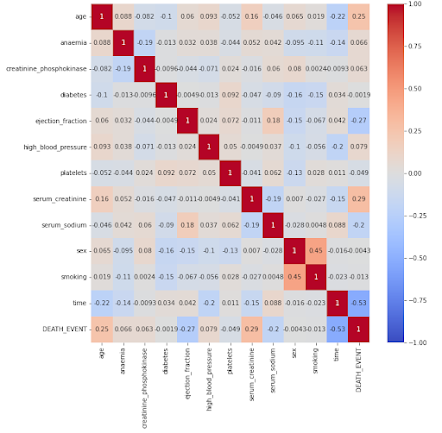 This classifier looks for the classes of K nearest neighbors of a given data point and based on the majority class, it assigns a class to this data point. However, the number of neighbors can be varied. I varied them from 1 to 20 neighbors and calculated the test score in each case [6]:

This classifier aims at forming a hyperplane that can separate the classes as much as possible by adjusting the distance between the data points and the hyperplane. There are several kernels based on which the hyperplane is decided. I tried four kernels namely, linear, poly, rbf, and sigmoid. The linear kernel performed the best for this dataset [6].

This classifier creates a decision tree based on which, it assigns the class values to each data point. Here, we can vary the maximum number of features to be considered while creating the model. I range features from 1 to 30 (the total features in the dataset after dummy columns were added).

This classifier takes the concept of decision trees to the next level. It creates a forest of trees where each tree is formed by a random selection of features from the total features. Here, we can vary the number of trees that will be used to predict the class. I calculate test scores over 10, 100, 200, 500 and 1000 trees. The maximum score was achieved for both 100 and 500 trees.
Cat Boost (CB)
The boosting algorithm present in the CB classifier minimizes over-fitting issues. 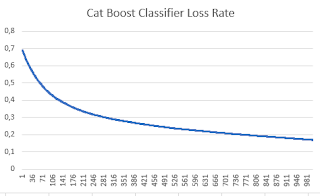